its hard to believe sometimes, but they are out there.

we all know that talk – action = 0 , but it is worse than that. every time we hear the chatter that will never amount to anything, every time we meet someone who’s presence pales in comparison to their persona, we all become a little more cynical. words lose their meaning.

follow-through is an inverse of how many exclamation points a person uses.

the person i respect is not the one who tells me they are going to show up every day, but the one who shows up when they say they will.

the person i respect is not the one with the most exciting story, but the one who shares the un-embellished facts and has a reason in the telling.

generally, the more a person asks for something, the less they deserve it. respect, recognition, rewards… these are not given. they are earned.

it shows up in the gym, the dramatics. we have all seen it, flopping and wailing after a “hard” session. the act, the shit show…

yes, it hurts. so what? is that helping? is that who you want to be?

we call it training for a reason. it is not the real thing, it is preparation. it is rehearsal. it is practice for how we want to perform and behave when things are truly difficult. actually frightening. we try and touch the edges of fear and exertion with the goal of deepening the well, expanding our will into new and darker territories. we train to act rightly, to act deliberately, to behave the way we have decided to even in the worst of circumstances.

what behavior are you training? to complain? to make excuses? to be dramatic?

theatrics do not belong here.

i have seen people touch that place where they actually collapse. muscular failure, the body not obeying the mind. each time you wail and throw yourself to the ground you are saying you are the same as those individuals, saying you are as committed and  as willing. and we both know you are not. we all know.

this is not theater. do your work, do what you must to get through it, and know that each action leaves a mark. enough marks paint a picture. a portrait of who you are and what you stand for.

the difference between the real thing and the posers is simple. it is a choice. a history of choices executed over time. your actions have consequences.  what kind of mark do you want to leave? 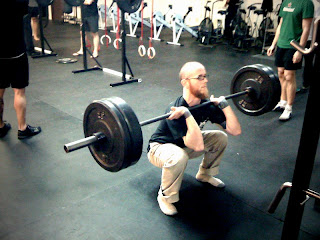 GYM JONES was a place that truly over delivered. set the bar for me. gave me chance i am not sure i deserved, and i will spend everything i have trying to prove they were right to take a risk. our greatest teachers give us something that can never be repaid, how we handle that debt is also a matter of choice… and consequence. (photo credit: Mark Twight) 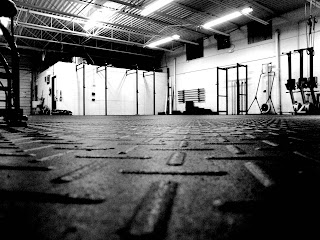 this is our crucible, we apply heat and pressure with the hopes of transforming. find yours. find people who won’t tolerate your bullshit. get uncomfortable. surround yourself with your betters and see what happens.
Read Offline:
Download PDF
Download ePub
Download mobi
Print